Should You Shoot Your Corporate Video in 4K?

One of the most popular buzzwords in the video industry is 4K. Consumer technology shows are full of the latest 4K technology, and consumers are starting to take notice. YouTube’s been well ahead of the curve, having supported the technology since 2010.

But is it a worthwhile investment for your business? Let’s find out.

What Exactly is 4k Video?

What are the Benefits and Drawbacks?

4K is obviously a much more powerful technology. The video you shoot will be crisp and clear. The question is whether or not you’ll actually see any benefits from taking the time to shoot a higher quality video.

Here are some of the ways that shooting in 4K quality will offer tangible benefits:

Of course, there are also some drawbacks to shooting in 4K quality. The first is that not many people will be able to tell the difference. If you’re targeting an audience that tends to not be ahead of the technology curve, you’re probably not going to see much of a benefit.

There’s also the problem of opportunity cost. You’re going to spend additional time and money shooting a 4K video versus a regular video. Depending on the audience you’re targeting, it might be worthwhile to spend your budget on another aspect of your production.

To figure out exactly what your opportunity cost will look like, let’s take a look at exactly how much shooting a video in 4K actually costs.
How Much Does a 4K Video Shoot Cost?

There’s a great deal of benefits to be gained by shooting 4K videos, but there are a lot of costs, too. You’ll need to spend a great deal of money simply buying equipment to shoot in Ultra High Def (UHD). Low-end 4K video cameras will set you back at least $2,000, and higher-end cameras will cost even more.

It also costs a lot more money to handle the footage you shoot. 4K footage tends to take up four to five times as much space as 1080 HD footage does. That means you’ll need much larger memory cards and hard drives to shoot and store the footage. It’s also going to take you a lot longer to transfer, backup and upload your files – so be sure to schedule extra time for this if you’re having a crew transfer footage on site. If you’re already running into storage or bandwidth problems, you’ll probably need to upgrade your capabilities before handling 4K footage.

Finally, it’s trickier editing 4K video footage than it is lower quality files. It requires a more powerful system, preferably with solid state drives for the lightning fast memory access and data transfer rate. You’ll also want a powerful processor, upgraded RAM, and at least a mid-range graphic processing unit. With more options than ever, it’ll even take you a bit longer to edit your 4K videos.

In the end, 4K video isn’t absolutely necessary yet. However, it’s quickly gaining momentum and will become the gold standard sooner or later. Getting a start working with 4K video now will give you a wide variety of immediate benefits, plus a competitive advantage when your competition is forced to start shooting 4K video and you’re already extremely well versed in it.

The best way to start off with your 4K videos is by taking it one step at a time. Some videos, like interviews or videos for your mobile audience, won’t benefit a great deal from the increased video quality. Instead, focus on using videos you really want to showcase, like explainers or product demos. You’ll be able to enjoy the same benefits of shooting 4K videos without incurring the entire cost. 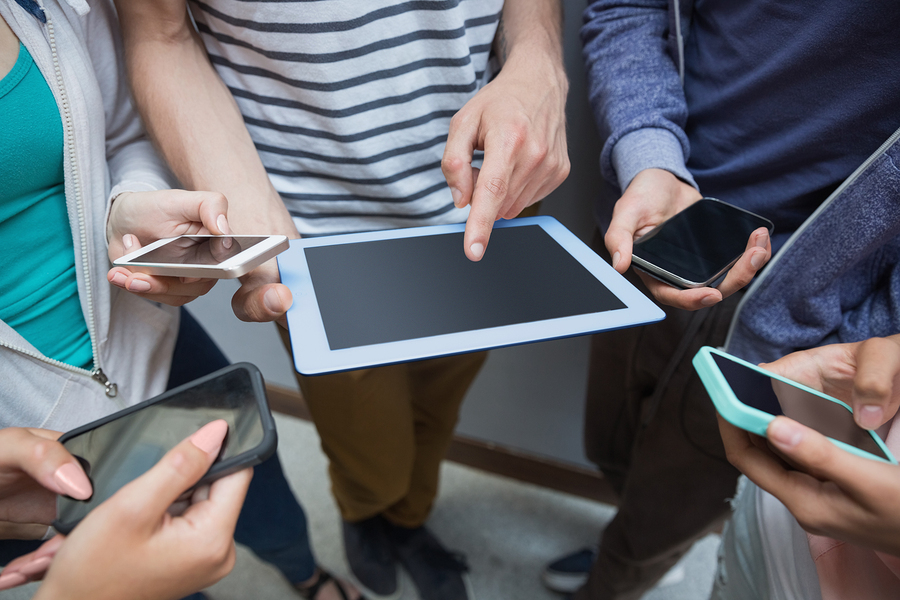 Some audiences, like a mobile one, won’t necessarily benefit as much from 4K videos.

If you want to venture into 4K video, you need a qualified crew to help you out. It doesn’t make sense for you to invest in equipment until you’re ready to shoot 4K videos full-time. All you have to do is click here and we’ll send you a quote for the perfect crew for your next video project!

As a member of our Production Team Alysia puts her Communications Degree from University of Maryland (Go Terps!) to good use, assisting the Production Managers by coordinating communications with our fabulous crews. She is also an organizational wizard, color coding files office wide. In her downtime Alysia continues her dedication to discipline and details as she has a black belt in karate and is an instructor as well.