10 Tips for Shooting in St. Louis

Posted by Caroline Cunningham on March 20, 2017

Often referred to as the “Gateway to the West,” the charming, mid-sized metropolitan city of St. Louis can be summed up in a few simple words: baseball, barbecue, beer, and of course, the Gateway Arch. Although they are worthy, be wary of letting these trademarks narrow your scope of the town, as you will miss out on numerous unique and priceless gems this “little big city” has to offer.

Before you pack up all your belongings and cast your old life aside, make sure to read up on these handy tips gathered directly from our own St. Louis-based crews:

1. Prepare for Any Weather, Any Season, Anytime

St. Louis does have four distinct seasons, but it’s not at all unheard of for all of them to occur in a single week! Crews Control DP Dave Rutherford detailed that often local crews will bring extra weather gear for unsuspecting crew members flying in on location. Don’t be that unsuspecting crew member! Check the weather, but prepare for anything. With neither large mountains nor large bodies of water to regulate temperatures, “no day or night is exactly the same,” says Rutherford.

An upside to this ever-changing climate is the ability to shoot a variety of conditions. For instance, one day you might shoot Central West End in the bright sunlight, only to realize a gloomier look would be better. You can always return to the same location later in the week when the weather has likely changed.

If hard and edgy urban settings are what you need, East St. Louis is perfect. Yet if you make a couple of turns out of the city, you’ll find yourself smack-dab in the middle of a pasture. The city’s unique blend of rural and urban areas is perfect for any crew seeking diverse scene changes and powerful visual impact in the project.

Interesting enough, the movie Escape from New York was mostly shot in St. Louis as a surrogate for New York City. It was filmed in the early 1980s, just after the devastating 1977 fire that set the neighborhoods of East St. Louis ablaze. The tragedy provided a great opportunity for John Carpenter, however, as it helped create the perfect backdrop for the director’s vision of a depreciating New York City.

East St. Louis has since mostly recovered from the calamity, although locals still advise exercising a degree of caution while traversing the East Side. ”St. Louis has the Mississippi River that runs through it. On one side you have the City of St. Louis, on the other side you have East St. Louis,” explains Crews Control DP Mike Haller. “It’s a good idea to not travel too far into East St. Louis, even though the best view of St. Louis is on the East Side. Our town can get a little rough at times, I won’t downplay this, but if you stay on the beaten path in certain areas and take cover after dark you will be just fine.” Simply stay vigilant and remain aware of your surroundings and there’s no reason to avoid East St. Louis, especially if you need a cheap, convenient New York City-esque location.

It generally takes around 2 to 3 weeks for the Park Permits Office to process your request once your mailed application reaches them. Additionally, a nonrefundable $200 fee is required along with the application, making the permit “a bit pricey, but worth it.” according to Haller. Most other locations in St. Louis are quite lax and don’t require a shooting permit, though some parks might charge a nominal fee. It would be wise to check with City Hall first and foremost, as Haller says that the “laws change every time there’s a new mayor.” 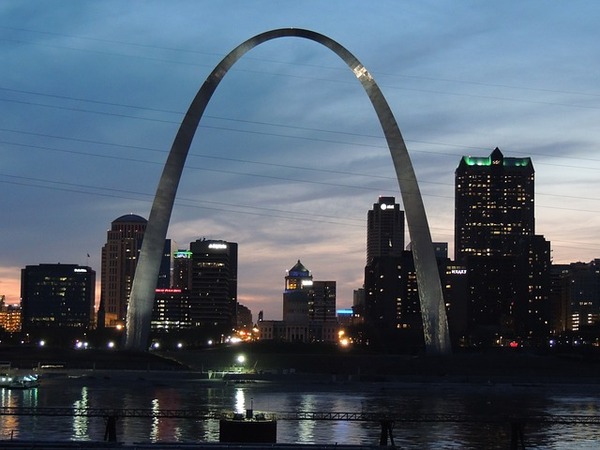 Obtaining an Arch permit is important if you want to get the perfect shot of St. Louis’ most famous location.

St. Louis – especially Downtown St. Louis – is often bustling with exciting festivals and events, so make sure to check what’s going on before planning to shoot in congested areas.

5. Shooting the Arch Without a Permit

Unable to obtain an Arch permit? Want to try and avoid the fee? Want a unique vantage point? You can still get a good view of the Arch from the West Side, as long as you know exactly where to look.

Crews Control DP Donovan Lloyd recommends approaching the Arch from the corner of Market St. and Jefferson. “This gives a different perspective, with the historic Union Station in the foreground. Another location is Kiener Plaza. You get the Arch with the old courthouse in the foreground.” While Kiener Plaza is currently closed for construction, work is scheduled to be finished in the spring of 2017. Speaking of construction…

While traffic conditions are quite moderate for a major city, construction zones and blocked routes are virtually inevitable. “We always have a lot of streets blocked, under construction, or closed,” explains Haller. Despite this, you should be able to keep any trip around St. Louis under 20 minutes, due to the refreshingly-mild traffic. In fact, you can start your journey downtown, hit up the Arch, drive 45 minutes in any directions towards the vast rural landscapes, and cruise back to the city to witness the Mississippi at night with relative ease. Just make sure to anticipate any detours and make a mental note of blocked-off streets!

7. Contact the Street Department When Shooting in the Streets

Depending on which street you’re shooting on, there might be a small but obligatory fee – even if you’re just blocking off a small section. As you can imagine, getting a shoot shut down by the authorities is neither fun nor convenient, so taking the time to check beforehand is worth it. Haller also advises that if you’re shooting with a large crew or a celebrity, you should hire a rent-a-cop. “This is mostly for crowd control and nosy spectators. You always have one that wants to be a star, too.” It might be an added expense, but it helps the shoot run much smoother.

With street routes in a constant state of flux, save yourself any wasted time and energy by checking these resources regularly. The Gateway Arch’s website has incredibly useful information such as PDF maps of transportation routes, recommended Downtown parking spots, and they frequently update detour instructions.

9. Check Out the Neighborhoods

Neighborhoods in St. Louis are quite enchanting and deserving of filmmakers’ attention. The city is known for its grand, historically-preserved architecture and the neighborhoods are no exception. Each neighborhood has its own unique character and style, weaving together to create seemingly-endless stretches of inspiration. Soulard’s Farmers Market, The Loop, Central West End, The Grove, Cherokee Street, and Forest Park are just a few must-see neighborhoods. Though not technically a neighborhood itself, the interactive City Museum is definitely worth a visit, especially if you need some inspiration. The museum consists mostly of repurposed architectural and industrial materials that have been transformed into amazing artwork that can serve as a terrific backdrop for your video. 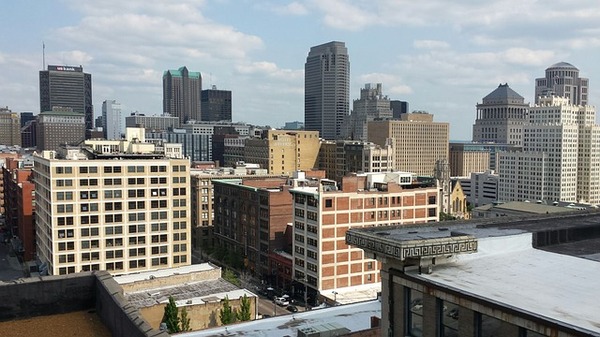 St. Louis has an incredible amount of character and soul if you’re willing to look for it.

Above all of the advice we could give you, make sure to try the food! Obviously, you simply cannot leave without sampling the barbecue. After all, the state allegedly consumes more barbecue sauce than any other in the nation, so they must be doing something right. Rutherford recommends the local joint Sugarfire Smokehouse. Not in the mood for BBQ? No problem. There’s always the Kingside Diner, a chess-themed modern diner that serves up traditional American cuisine and cocktails, complete with a rooftop patio! Feeling herbivorous? St. Louis has plenty of vegan restaurants to choose from, too. One of Dave’s favorites is Seedz Cafe, offering hearty vegetarian sandwiches, soups, and smoothies in an uber-relaxed setting.

With these tips in hand, you’re now ready to travel to the amazing city of St. Louis. Safe travels!

Looking for the very best crews in St. Louis to work on your next video shoot? Click here for a free quote and a production manager will be in contact with you right away.

Caroline comes to us from Towson University where she studies Electronic Media and Film with a focus in Screenwriting. She plans on going back to obtain a Master’s in Professional Writing. When she’s not writing and/or reading, you’ll probably find her poring over her laptop, sifting through hours of stock footage in search of the perfect clips to edit alongside her favorite music. As our Production Intern, Caroline spends the day contacting crews, writing location-based tips for our blog, and assisting anyone in need of an extra set of hands - all the while absorbing invaluable video production knowledge and pro-tips from our experienced team.