The Science of Visual Information Processing and How to Harness It

We know that videos have a tremendous impact on your brand and leave a lasting impression on your audience, but it’s important to know exactly why. The fact is that visual information processing is a highly scientific process. There have been a number of studies performed to determine exactly how we process visual information.

To help you create even better videos and other visual marketing materials, we’re going to go over some of the most important discoveries about visual information processing and discuss exactly how to take advantage:

Richard Gregory believed that we process visual information based on what we already know. So we’ll base videos or pictures that we see based on existing experiences, knowledge, and beliefs. Usually, those assumptions are correct, so it isn’t a problem.

To prove this, Gregory ran an experiment using a mask. He rotated a mask and the back, hollow side of the mask appears to protrude as if it were the front of the mask. This is because we expect a face to protrude, so that is how we perceive it. This proves that we do base our visual processing on what we expect to see, rather than what we actually see.

We can take advantage of this information in a couple ways. First, we should make sure to set expectations prior to even starting the video with a meaningful description, title, or introduction. Additionally, we should make sure that we always make sure any text or statistics and the corresponding visuals complement each other perfectly. This ensures nothing is lost in translation between expectations and reality.

2. Understanding the Power of Colors

The results showed that people did perform better when the colors were in harmony and when there were fewer total colors. Finally, they were able to determine that colors surrounding the patterns also had an impact on a person’s ability to recall it.

It’s clear that when it comes to colors, less is more. If you’re putting together a video that you’d like your audience to pay close attention to, you should minimize the number of colors you use. Make sure that the colors you do use complement each other well. And keep in mind that you can make something stand out by contrasting it against the colors being used in the background.

Back in 1984, renowned researchers from MIT and Microsoft joined forces to take a closer look at whether or not the typeset and general aesthetics of text had an impact on a person’s ability to read and retain information. Two different groups of people were given the same article to read with a different typeset. As they read, they were asked exactly how much time they estimated had passed.

After gathering their data, it was concluded that people from both groups consistently underestimated exactly how long that they were reading. This lets us assume that reading is a task that engages the audience and draws them away from their surroundings. Most importantly, readers with normal articles were even less accurate than those who had hard-to-read articles. This lets us conclude that a strong layout engages users more than a bad one does.

The big takeaway here is that reading takes a lot of effort. If you want to use any text in your video, you need to make it easier. Make sure any fonts or text colors you use are simple and easy to read. Don’t break text up with images or any distractions. Use text as sparingly as possible and give your audience enough time to read it. The simpler it is, the better the chances are that they’ll actually read and retain the information you’re providing.

In 2008, two professors from the University of Edinburgh and the University of Massachusetts at Amherst performed an experiment to see whether or not colors had an impact on the way somebody perceived an entire scene. College students were given hundreds of different pictures to look at, containing various plants or scenes of nature. Each picture was presented in a variety of ways, such as blurred and monochrome. Other photos were given of the same scene with different colors.

This is another study that proves how important colors are to your visual media. Make sure to use normal colors throughout your video, especially on any objects of particular importance. If you use an unexpected design, people may become confused and understand the video a bit less. 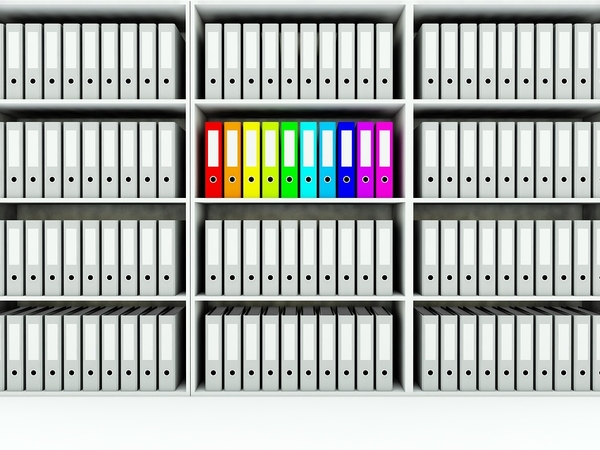 When it comes to your corporate video content, color choices must be made very carefully.

Now that you have a stronger understanding of how visual information is processed and how to take advantage, you’ll be able to create effective corporate videos that attract and engage your audience. If you still need some assistance with your videos, Crews Control is always happy to help. We’ll be able to match you with an experienced video crew that can help you shoot any video, anywhere in the world. All you have to do is click here to get started.