Dubai is a lively and luxurious city that is best known for its ultramodern architecture and electric nightlife scene. There are many things that make Dubai a hot spot for corporate video shots. Before you head over to the United Arab Emirates, though, check out our top ten tips to make sure you know how to make the most of your video shooting experience:

“Dress code is one of the important things in Dubai if you are filming outdoors”, says Bilal Ahmad from Atlas Television. “You should respect the local dress if you are in public.” The dress code itself varies depending on where you go in Dubai, but typically, men should refrain from wearing shorts, unbuttoned shirts, or shirts that aren’t tucked in. Women should refrain from wearing any tight-fitting clothing, low-cut tops, dresses or skirts above the knee, sleeveless garments, or leggings.

Dubai tends to be very hot and humid. April through August is the hottest and driest period. The rainy season is short, only from December to March, and downpours still aren’t very frequent. According to Ahmad, “February is the most unpredictable month. Clouds suddenly appear and it starts raining. It’s the wettest month in Dubai.”

The temperature can go up to 40C to 55, which is well over 100 degrees Fahrenheit. “It’s not advisable to shoot outdoors between 10:00 am and 6:00 pm,” per Ahmad. “If you really have to do the shoot during that time, you need to be careful.” It’s best to keep a lot of water handy, along with umbrellas and tents to keep you cool and out of the sun. 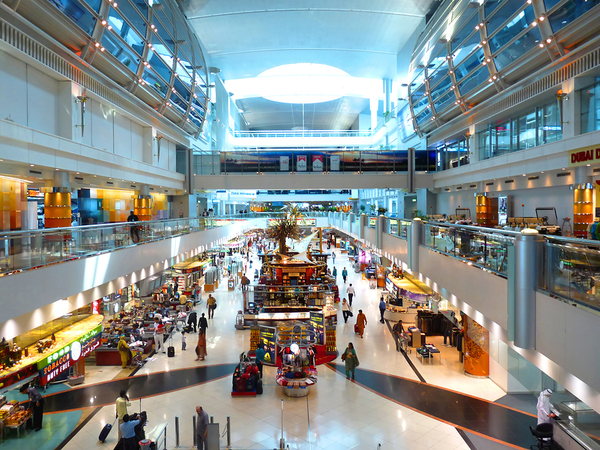 The Dubai International Airport is a great place to relax when you first arrive.

You definitely need to get the proper filming permissions if you want to film in Dubai. You won’t need filming permission if you’re at a friend’s house indoors or filming somewhere that doesn’t reflect any part of Dubai or UAE and doesn’t show any buildings. If you’re on any public or private places, however, you need to gather the proper permits.

Dubai is in the Muslim region, so you won’t be able to find pork in any major restaurants. Ahmad says that different nationalities and cuisines have all taken root in Dubai. You can expect a lot of chicken, lamb, beef, and camel dishes with heavy spices. This list is absolutely correct when it comes to deciding what to eat and where to go during your time in Dubai.

You may obtain a visitor visa for free at the point of entry into the United Arab Emirates. “If you are coming in for filming with your equipment, you definitely need a copy of filming permissions to show customs to get your equipment in with all relevant documents,” Ahmad said. It is also important to know that no matter what, if you’re filming in a public or private area, you must get filming permission from the DFTC.

Most likely, you’ll enter Dubai by landing at the Dubai International Airport. Terminal 3 is actually the largest airport terminal in the world and the second-largest building in the world in terms of floor space. It has a full-service hotel, an Apple store and two Zen gardens.

The official language of Dubai is Arabic, but English is more commonly spoken. Because of this, there shouldn’t be a huge language barrier, but it wouldn’t hurt to learn a few key phrases in Arabic.

Dubai is a unique city because it is in close proximity to both the desert and the beach. Because Dubai is located directly inside the Arabian Desert, there are plenty of opportunities to shoot terrific b-roll desert scenes. Embarking on a desert safari is also a wonderful experience. 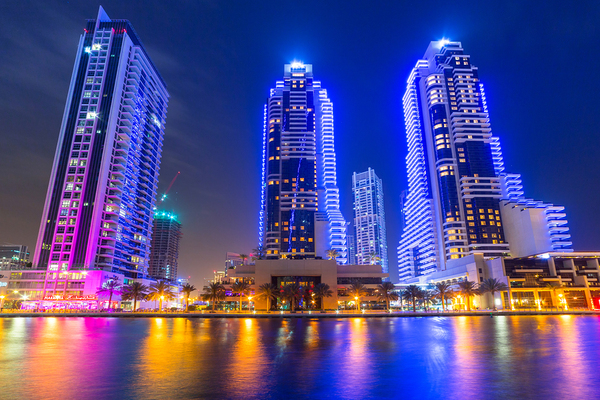 Dubai is home to some truly amazing architecture, making it a great place to shoot your next corporate video.

If you’re in need of a video crew near Dubai, click here for a free quote. Also, make sure to check us out on Twitter, Facebook, and LinkedIn.