360-Degree Video: Can It Work for Your Company?

More companies are taking advantage of content and video marketing than ever before. This means that your target audience is being inundated with videos from your competition everywhere they turn. If you want to grab their attention and stand out from the rest of the crowd, you might need to do something different.

Of all the new trends and technologies, your business can take advantage of, one of the most intriguing are 360-degree videos. Thus far, early studies have suggested that 360-degree videos are successful at pulling viewers in and keeping their attention. This makes them extremely worthy of your attention, as long as you understand exactly what they are and how to make a successful 360-degree video.

To help you out, here’s everything you need to know about 360-degree videos and successfully incorporating them into your corporate video strategy.

360-degree video takes a typical online video and allows the viewer to engage directly with it. When a viewer opens a video, they’ll be able to control the view and explore the setting 360-degrees by dragging it with their mouse or interacting with it on a mobile device. There aren’t any additional accessories or plug-ins required, you simply need to open the video and start engaging with it.

360-degree videos are so powerful because they put the viewer in charge. They can decide exactly what they want to view at all times. By immersing your viewer in the video, you can keep their attention longer and forge a stronger connection with them.

The key to creating an engaging 360-degree video, of course, is shooting it with the same care and quality of a typical company video. The first step is finding the right camera. The most effective 360-degree cameras are omnidirectional, filming in all directions at all times. They work by using separate lenses that essentially stitch the video together in order to provide full coverage of the room.

It’s also important to consider the camera stand or tripod you’re using. Keep in mind that the camera will be filming in all directions, so you need a stand that’s free of any adjustments or bars that could get in the way of shots. 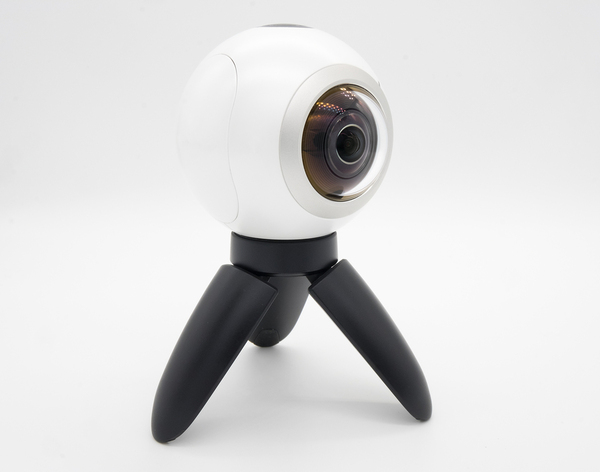 Now that we understand a bit more about what 360-degree video is and how it’s shot, we can take a further look into which types of videos are most effective as 360-degree videos, and which platforms are able to handle them:

With the ability to shoot, share, and edit our videos, it’s important to know how to make sure they’re as good as they can be. Here are some simple tips for doing just that:

Since you’re shooting in all directions, it makes sense to place your camera in the middle of the room you’re shooting. If this isn’t possible, you’ll need to select the placement very carefully. If you’re too close to any of the action or a wall, it won’t make for an intriguing shot. When certain parts of the shot aren’t interesting, there’s less reason for viewers to move the camera around and much of the magic of your video will be lost.

All 360-degree video shots will be wide angle shots, so you actually want to stay relatively close to the most important action. Generally, this means no further than three or five feet away. Placing the camera around chest level instead of head or shoulder level is also preferable, as otherwise, you’ll end up with far too much dead space above a subject’s head.

You can’t hide lights behind a camera when you’re shooting everything, so you need to take advantage of natural light. If you do want to utilize overhead lights, using flat lighting directly above the camera is best, as it will disperse the light evenly so a particular angle is darker or lighter than the rest.

Unfortunately, there’s no way to shoot 360-degree audio just yet. Your best bet is to rig a couple of stereo microphones near the camera and then lavalier microphones on anybody that needs one.

360-degree videos can seem daunting to shoot and edit, especially if you’ve never produced one before. By following the advice discussed above, however, you’ll be able to make a high-quality 360-degree video your audience will love without breaking a sweat. If you’d like some professional help setting up your next video shoot, make sure to reach out to us here at Crews Control. We can help you find the perfect crew for any 360-degree or normal company video, no matter when or where you need it done. Simply click here for a free quote!