Tips for Planning a Video Shoot in Kansas City

We talked to Kansas City local and DP Craig Campbell about the 10 tips you need to know before a video shoot in Kansas City.

10. Airport: Mid-Continent Airport/MCI is located on the outermost northern part of town on the Missouri side. “Clients have panicked when told mid-flight they’re heading to Missouri when they need to be in Kansas, or when landing they only see open fields,” Campbell said. The Kansas City airport is the same whether you need to be in Missouri or Kansas– it just lands on the Missouri side. A rule of thumb when traveling to Kansas City is to double check which city you are heading to – the one in Missouri, or the one in Kansas? KCI airport is convenient because no matter the airline, your gate is next to an exit for ground transportation.

9. Fountains: A fun fact that not many know about Kansas City is that it has the second most fountains in the world, just behind Rome. The Humane Society built the first fountain in 1904. These beautiful structures are a must-get shot for b-roll and you have a wide of variety to pick from. For more information on Kansas City Fountains, you can go to this website.

8. Traffic: Like any city, traffic during rush hour is congested traveling to and from downtown. If you get into this situation, plan for extra travel time. Otherwise, you can travel from one side of the city to the other within 45 minutes. Parking expenses are usually only charged downtown, at Crown Center, and at some hotels.

7. Headquarters: Originally, Kansas City was known for its agriculture and manufacturing. Now it has expanded its economic base to areas of telecommunications, banking, and finance. “KC is a bustling corporate magnet with headquarters to well-known companies,” Campbell said.  Companies that have taken up residence in Kansas City include Sprint, Hallmark, H&R Block, AMC Theatres, Garmin, and more. Featuring some of these companies and their designated buildings is great for video footage if you’re looking to capture the entire city. 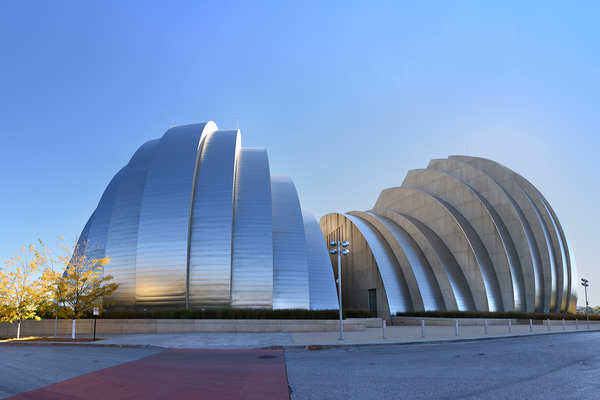 5. The Plaza: Built almost 100 years ago, The Plaza is considered to be one of the earliest outdoor shopping malls in the country. It was modeled after Seville, Spain architecture and features upscale dining and shopping today. Each Thanksgiving evening, the Plaza welcomes thousands of visitors who witness the start of Christmas season when the Plaza lights are turned on. This is a great shot to get for b-roll.

4. Permits: “For production, Kansas City is blessed with incredible resources for both professional gear and facilities and creative, experienced personnel,” Campbell said. Lights On Kansas City rents out grip and power trucks, rigging, lights, lenses, and cameras. Large studio sound stages are spread out throughout the metro, including downtown (StagePort), Johnson County Kansas (Real Media), and Lee’s Summit, Missouri (RSVP). To shoot on Plaza property, a permit can be obtained from the Merchants Association.

3. Sports: When in Kansas City, be sure to cheer on all of the city’s sports team. Kansas City is home to major sports organizations that include the NFL (Chiefs), MLB (Royals), MLS (Sporting KC), and NASCAR (Kansas Speedway). Not only are these games and events great footage for video, attending any one of these is perfect if you have some free time in the city.

2. Weather: Kansas City weather gets the extremes in any season. The weather is beautiful most of the time, but the weather is also hot and humid in the summers and frigid in the winters. “I recall a Good Morning America (ABC) weatherman doing a live remote from the Plaza about 25 years ago saying he’s never been colder in his life!” Campbell said. 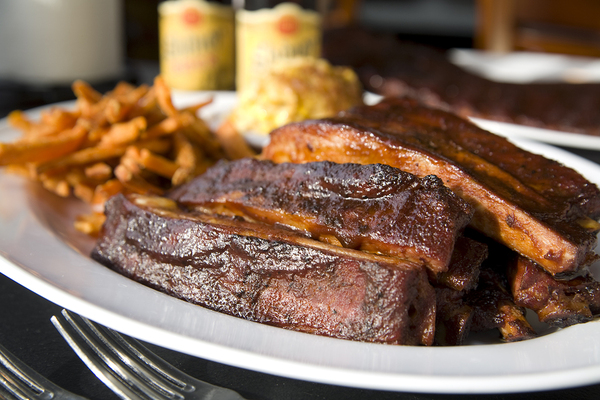 1. Food: Beer and BBQ are huge in Kansas City and a must when visiting. “Be sure to try a Boulevard or Free State beer and eat at any of our many BBQ restaurants, although Joe’s Kansas City is my favorite,” Campbell said. For fancier settings with steak and seafood, consider Plaza III, Sullivan’s, Hereford House, and the Bristol. The American Royal is also hosted in Kansas City with month-long events such as BBQ contests and rodeos.

You can find more information on specific shooting locales when you sign up for our newsletter.