Too often,”corporate” is synonymous with “boring” when it comes to video. But it doesn’t have to be, at all. There are dozens of ways, from the subtle to the grand, to make your corporate video. Here are just a few ideas to give your corporate video that cinematic sheen.

It really all starts with the script. Before you shoot a frame, sit down and give your script a few passes. Ask yourself who’s watching and why they’re watching. What are they most interested in and can you put those interests front and center? What are their needs? What answers can you provide?

Often asking your audience a key question right up front can lock in their attention, and then you can build from there. From there, build on their interests, what they want to know and what you need them to know.

Story structure isn’t just for movies and TV shows. You can and should use story structure when putting together your video. Narrative gives your video a specific flow and a focus that your audience often needs to be fully engaged; it provides clarity for them as they follow you from point to point.

It’s also useful for making a better, more coherent video. Few videos ever came together well when the filmmakers just winged it and hoped for the best. Having a story structure will allow you to put out a better, more engaging video.

If you sit down and watch the old videos from the 80s that are such popular fodder for parodies, one thing that will quickly stand out is that they’re shot as if the camera was placed in front of the subject and they just pressed the record button. There’s a reason; more often than not, that’s exactly what happened.

So, when shooting, look for different angles and different ways of shooting your subjects. You want a clear video … not a flat one. That said, be careful; make sure your audience will “understand” your shot, and always follow the 180-degree rule.

There’s also no reason to leave your camera on a tripod. For example, if you’re shooting on location with a host, have the host walk down a hall, perhaps towards the relevant part of the location you want to shoot, and speak to the camera. The moving shot gives your video a more dynamic feel; there’s more to the shot than just somebody standing there.

Also remember that you can use moving shots to make a clearer and more informative video. If you’re laying out a process, consider, say, following a product from construction to shipping in one moving shot or a series of moving shots as a sort of introduction to your video. From there, you can break out the various parts of the process, as needed.

Most editing software comes with a multitude of filters you can use to shift the color palette, from old-timey sepia to hard primary colors. They’re not just there to mess around with; color is a powerful tool in storytelling. Think about what the colors around you “say:” Red and yellow are warnings, blue can mean “cold,” pink can be relaxing, and so on.

You can use color in ways obvious and subtle. For example, if you want to pick somebody out of a shot, you might “mask” them and remove some of the color from their surroundings so they stand out more. Don’t think this is limited to the editing bay: If you’ve got the time, carefully choose the colors of your actor’s wardrobe and what’s available on the set. Just be sure they’re wearing appropriate clothing, and if possible, do wardrobe tests. At the very least, remember the rule of contrast; if somebody shows up with a suit that blends into the walls, send them home for a suit that doesn’t.

Use Graphics And Titles

Remember, you’re not limited to what you shoot, and you shouldn’t be shy about mixing in graphics and titles as you put together your video. One of the reasons video is such a powerful teaching tool is that it combines visuals, audio, and text; if a little text on the screen can give your video more clarity or help explain to your audience why they should pay attention, use them.

That said, don’t overdo it, and plan it out before you start shooting. Too much text, or poorly laid out text, can feel cluttered and distract your audience. 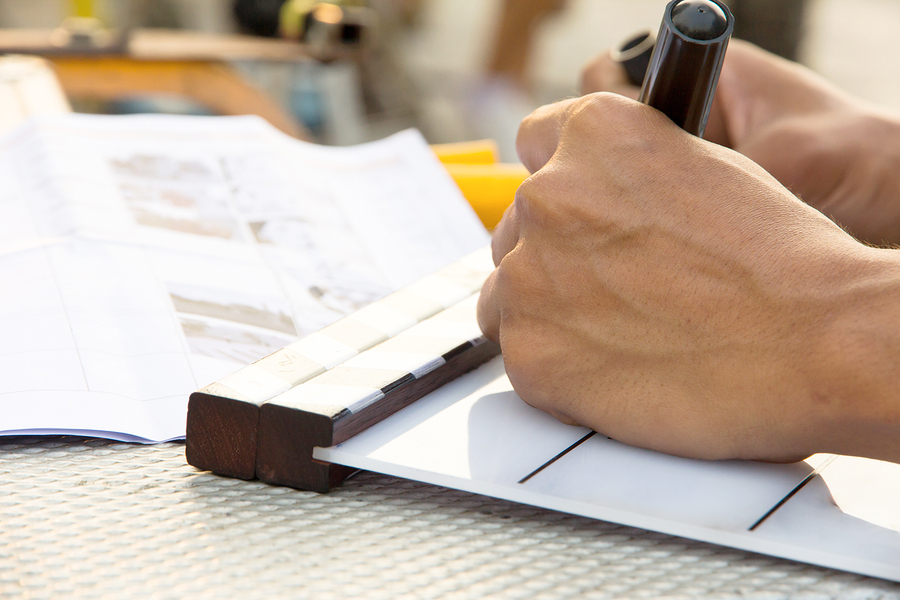 We all know people who lift the spirits of the entire room when they walk in … and we all know people who are just the opposite. Video, if anything, magnifies your personality traits for better and for worse. Somebody who seems a bit awkward in person is going to come off as very, very awkward on video.

So, cast professional actors if possible, and if you need employees in your video, pick the charismatic ones people want to spend time with. A little charisma goes a long way.

The power of music in any video can’t be overstated. Music has a powerful hold over our minds and emotions and can change our perceptions without us even noticing. A brisk, upbeat soundtrack gives your video a power that a lack of music doesn’t. When editing your video, look for engaging instrumental music that communicates the mood and tone you’re looking for; it will make a difference.

It’s an often held rule in editing that no shot in your video should last longer than five seconds. That’s not entirely true; if, for example, you use one of the moving shots we’ve recommended above, you can often hold your audience’s attention to the camera. But more often that not, we need what we’re seeing to change. So, don’t hold a shot for longer than necessary and always be ready to cut away.

Finally, there are moments in a video where you’ve spent a ton of time and energy on them, they’re really impressive, and you want them to be in the video. But be honest with yourself, about your audience and their needs. If something in your video doesn’t serve them, cut it. In the arts this is called “killing your darlings,” and it’s a sadly necessary process, but one that will make your video more exciting.

Really, making a great corporate video comes down to planning ahead and being creative. Just because a video has a goal beyond mere entertainment doesn’t mean it has to be dry … and often it’s better when it isn’t.

Ready for great video? Contact us about finding the right crew.