Oklahoma City is known for its cowboy culture as well as its lively cityscape. As the capital of Oklahoma, OKC has a large variety of attractions and landmarks that are unique to the area and make for captivating video shots. But what should you know before traveling to The Big Friendly? We talked to Oklahoma City native and DP Mark Weiss about ten tips for shooting video in OKC.

The Oklahoma City skyline is a magnificent view, especially at night or in the early morning. There are many angles from which you can capture this shot, but Weiss raves about one particular location. “There is a beautiful morning shot of the OKC Skyline from a field beside the GE Research Center,” Weiss said. “Just remember to keep GE’s security in the loop; they just want to know you aren’t shooting their building.”

Oklahoma City enjoys a seasonally varied climate during the year. Summers are usually sunny and hot and winters are chillingly cold. “Weather in the spring from mid-March to May is unpredictable and potentially dangerous,” Weiss said. It is always advisable to check the weather before heading out for a shoot.

“Traffic is minimal compared to most cities,” Weiss said. Normal rush hour times can be problematic, especially from 5 pm to 6 pm, so plan accordingly for extra travel time.

Also, anywhere along the Bricktown Waterway makes for great b-roll shots. Hitch a ride on the water taxi and you will be entertained with the city’s unique history and recent changes. “There is a park southwest of the Bass Pro Shop that has statues of the land run and skyline opportunities,” Weiss said. For more attractions at Bricktown, click here.

This amazing architectural feature is extremely eye-catching and very iconic to the city. This bridge is very recognizable, and it even changes colors at night. As both a local and tourist favorite, capturing some shots of the Sky Dancer Bridge is a must when you visit Oklahoma City. Another good skyline shot is from the bridge looking north. 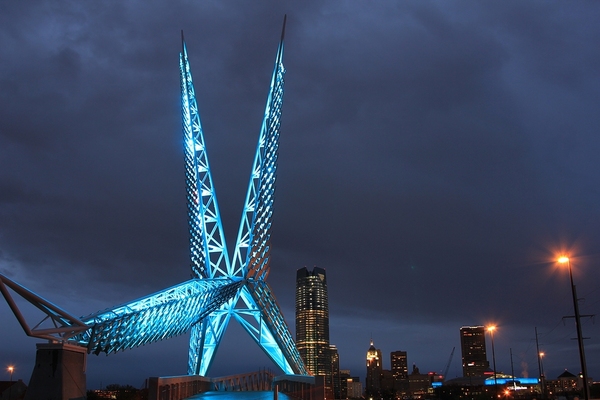 Any video production must fill out a Project Information Form and Oklahoma Filming Permit through the Oklahoma Film and Music office. For more information on permits in Oklahoma City, click here.

Downtown OKC has a dynamic and vibrant atmosphere. Capture the bustling street for some classic b-roll, or take a break at one of the many restaurants or shops this area has to offer. “The top of the parking garage south of the ballpark is a very beautiful close-up of the OKC downtown facing west,” Weiss said. At just $5 to get up there, the view and potential shots you can get make it worth it.

In memory of those lost in the 1995 bombings in Oklahoma City, this breathtaking memorial represents the support of the nation to the city in a time of turmoil and tragedy. The Outdoor Symbolic Memorial lights up at night and also features a museum. This memorial is unique to the city and an important part of OKC history. Filming is permitted, as long as respect for the memorial is maintained. 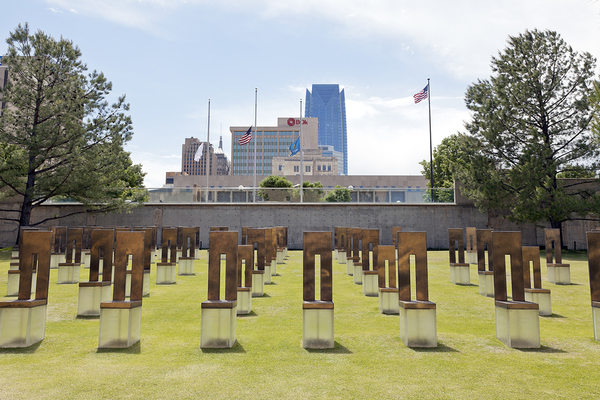 The best method for a crew to get all of their equipment from location to location would be to rent a car. There are options for public transportation that are ideal for anyone who wants to tour around and experience the city, such as the new EMBARK system.

One thing you definitely cannot pass up while in Oklahoma City is chowing down on the famous Mother Tucker: an Oklahoma original created in the 1920s by frugal chefs that used shredded onions in their beef patties to make them stretch further. You can enjoy this iconic burger at Tucker’s Onion Burgers. Other favorable restaurants include Cheever’s Café, Kitchen No. 324, and The Mule.

Need a crew for a remote shoot? Contact us today.