What Is Storyboarding and Why Is it Essential in Corporate Video Production?

Here are a few questions for marketing professionals:

If you want to promote a new product, shouldn’t you understand how it works first?

If you want to pitch your company to a potential client, shouldn’t you know what the costs will be for your services first?

If you’re soliciting business from a current client, shouldn’t you know what services or products they’re buying from you first?

And now that you’ve answered those questions, here’s another one for you:

If you want to make a corporate video, shouldn’t you storyboard the video first?

Storyboarding is the process of “sketching” specific shots of what will appear in a finished video. Directors of motion pictures, television shows, and commercials utilize storyboarding all the time in their work instead of only relying on a written script. You could think of the storyboard as the “blueprint” of the corporate video from which the completed production will originate.

A typical storyboard is created on a large piece of poster board or whiteboard, though sometimes it can be sketched on regular paper. The storyboard is divided into “squares” which represent what the viewer will see in the frame during a video. Within these squares, a basic illustration of the visual components is drawn or sketched along with any accompanying information. 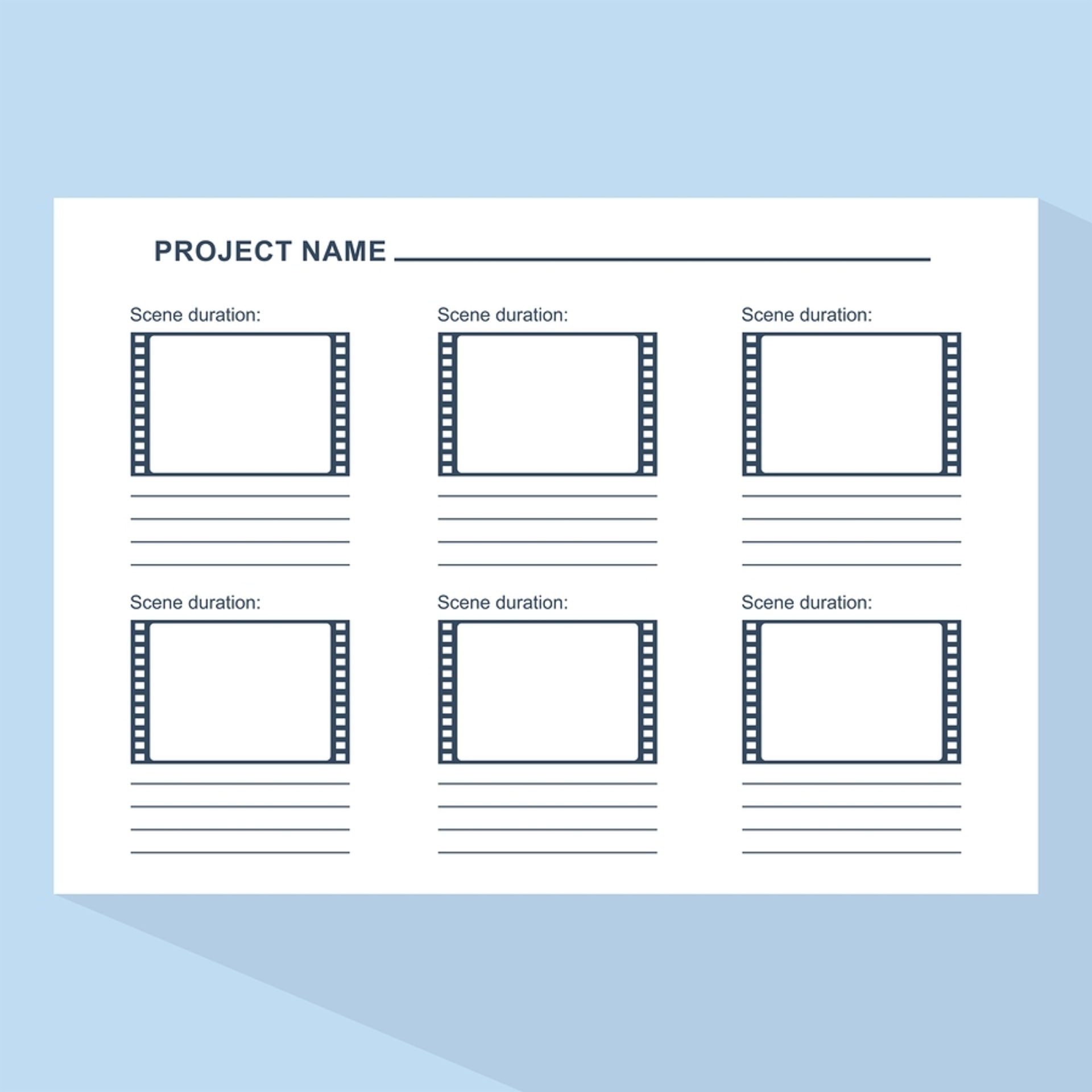 An example of a blank storyboarding template.

Though no two storyboards are exactly like, they all display the same basic elements:

Storyboards Get Everyone in Sync

One of the most important reasons for creating a storyboard is to get all members of the creative and video production teams “on the same page” regarding what the video will look like. In other words, a storyboard is a single interpretation of the video script which is decided upon using the input of numerous people.

For example, suppose the idea for a corporate video would be to simulate a “race across the country.” If several people read this in a script, their ideas might look quite different. One might visualize competitors flying in jets, while another might think of an automobile “road rally.” Still others might assume that the video would be structured like a reality TV show (a la “The Amazing Race”), and someone may even come up with a more fanciful suggestion.

None of these ideas are inherently bad. But everyone must discuss these ideas and either adopt one of them or take a different approach which incorporates elements of multiple ideas. The result can be documented on a storyboard for everyone to see so that the production can move forward without confusion over the direction of the video.

In short, a storyboard forces the production team to focus its ideas in one direction and establish a common vision which everyone can understand and embrace. It also helps avoid redundancy regarding the information that is delivered to the viewer in the video.

Not only does the storyboard clarify the direction of the video for those working on it, but it can also be used as a tool to help others understand the video as well. For instance, the team could display the storyboard while it is pitching the concept of the video to a client, an internal team of managers, or other stakeholders.

This way, the storyboard can act as a starting point to communicate the content that will wind up in the video. During a pitch, people can ask questions or make changes to the storyboard as needed so that everyone leaves the meeting with a clear notion of what the finished video will look like—which hopefully will avoid any last-minute misunderstandings that can hinder its completion.

As the storyboard takes shape, video production personnel can begin to flesh out the scope of the project. They can formulate a basic shooting schedule for the video and a list of locations, objects, and actors that will be needed. A good storyboard can also unearth some of the challenges that the production team might face.

For example, the presence of numerous outdoor shots in a video will help the crew select the proper equipment that will be needed for a successful on-site shoot. The viewing angles represented in the storyboard will also impact what a camera crew will be working with during the shoot (a Steadicam? A crane? A dolly?). Finally, a shooting schedule can be arranged around the availability of company personnel and/or professional actors who will be appearing on camera.

Finally, even though storyboarding necessitates an extra step in the pre-production phase, it usually makes up for it with time saved during the production phase. Once the shots on the storyboard have been designed and the shooting schedule has been built, the process of setting up shots, rehearsing on-camera talent, and recording video typically proceeds more efficiently than it would if the director were just using a script. In practice, this means fewer retakes of shots, minimal superfluous shots, and less time between shot setups. 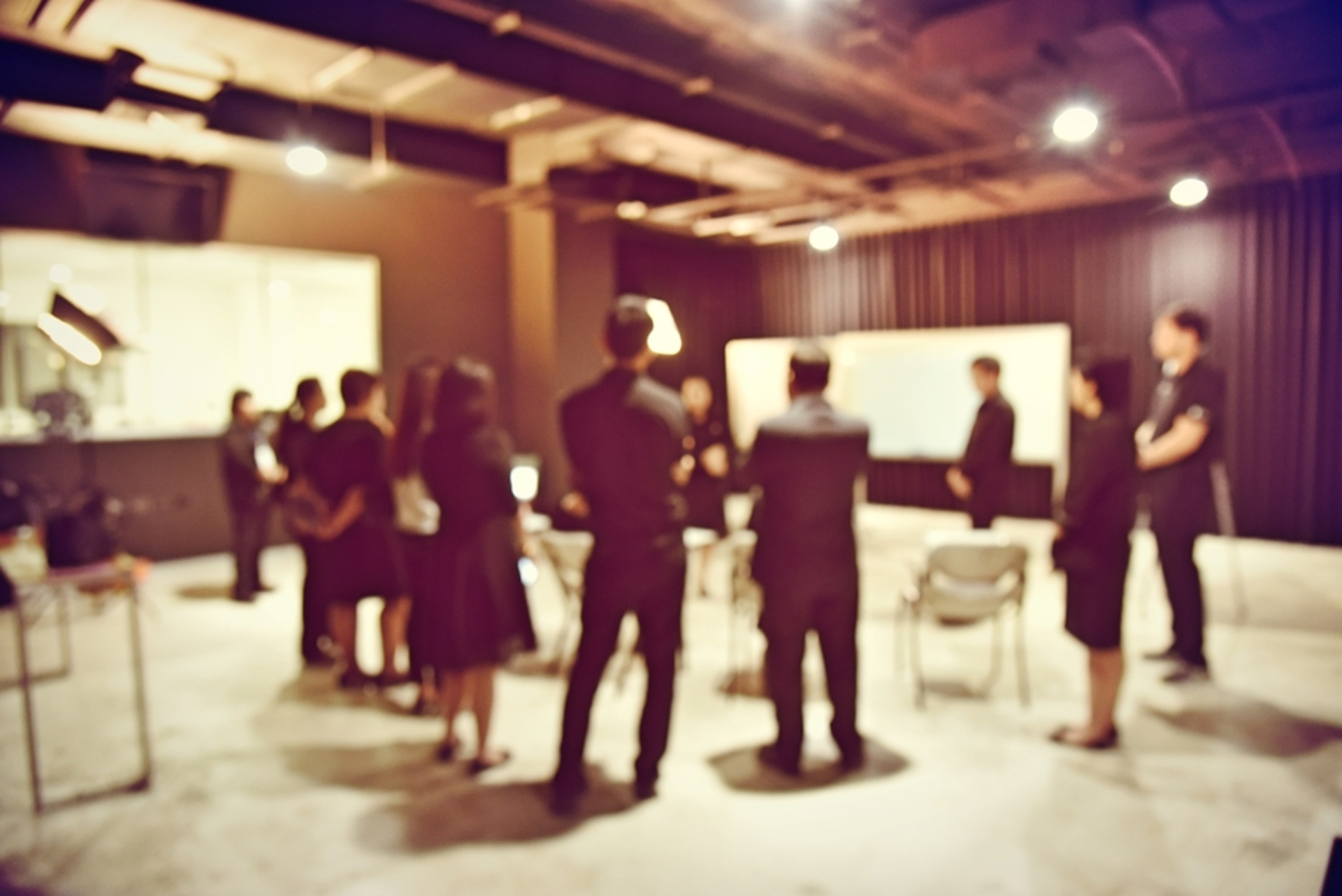 The more input received during the storyboarding phase, the less chance there will be last-minute surprises during production.

To be sure, there are certain types of corporate video productions where a storyboard is unnecessary or even a liability. These include basic one-on-one interview types of videos or those that only show a single person talking or presenting information. Storyboards are also impractical for shooting live events and/or in situations where the activity is unpredictable.

It’s not necessary to create a storyboard that mirrors a work of art. As long as the sketches successfully convey the information in each shot, then the storyboard has served its purpose. If you prefer to work in the digital sphere rather than using writing materials, there are several storyboarding apps that are available for use with tablet or desktop computers.

However, this “just good enough” approach should not be embraced when it comes to choosing a production crew to create, shoot, and edit your video. An amateur crew will likely provide you with amateurish results, so make sure you partner with an experienced production company. Therefore, when it comes time to begin building your next corporate video project, be sure to go with a pro—and don’t skip the storyboarding!

Need a professional crew to make your storyboard come to life? Get a quote from us today!