Working with a Camera Crew in Portland, Oregon

The Rose City, named for its attachment to gardening in the 19th century, is home to a variety of spectacular photo opportunities for any type of video production. A drive along the historic Columbia River Highway offers breathtaking views. In the famous Pearl District, you’ll find plenty of interesting interviewees. After you and the crew have completed a long day’s work, an amazing craft beer made out of Portland’s locally-grown ingredients at a family-friendly brewery will hit the spot!

Here are ten things that you need to know about filming in Portland, Oregon:

Before you begin filming in Portland, you’ll need to contact the Portland Film Office to determine what insurance or permits your project requires. You’ll also need to notify the communities you are shooting in and around at least 72 hours prior to the project. If you plan on filming in the National Forest, you’ll need to pay a motion picture fee that ranges between $95 and $798.82. Additionally, you’ll need to be careful to avoid breaking any of their clauses, which can be found here.

Forest Park is located just west of Downtown Portland and is an eight-mile spread of beautiful trails and landscape overlooking the Willamette River. Forest Park is well-known as one of the largest forest reserves in America. The park is the perfect place to shoot scenic b-roll, nature-themed ads, and so much more. For information regarding permits and rules you will need to contact the state park manager.

According to the Oregon Film Commission, commercial uses of drones must be FAA certified. If you want to get some aerial shots of the lustrous National Forest or other landmarks, your drone operator needs to be FAA approved.

The Oregon Film Commission is quite generous with their incentives, offering a huge advantage over other state programs. In Oregon, the incentives are provided as cash rebates instead of cash credits. The rebates offered are 20% of Oregon-based goods and services. To find out more about the incentive plan or to see if your project qualifies, simply click here.

Downtown Portland, and specifically the Pearl District, are perfect if you want that distinctive Portland feel. Once neglected as a corridor of abandoned warehouses and rail yards, the Pearl District has turned around to become an urban renaissance that calls to both locals and tourists. As one of Portland’s more desirable neighborhoods, it’s the perfect spot for b-roll, life shots, and man-on-the-street interviews.

The Columbia River Gorge National Scenic Area is one of the most breathtaking natural attractions America has to offer. The area protects just under 80 waterfalls, five of which are only 45 minutes away from Portland. These waterfalls provide a truly unique and beautiful opportunity for any project. 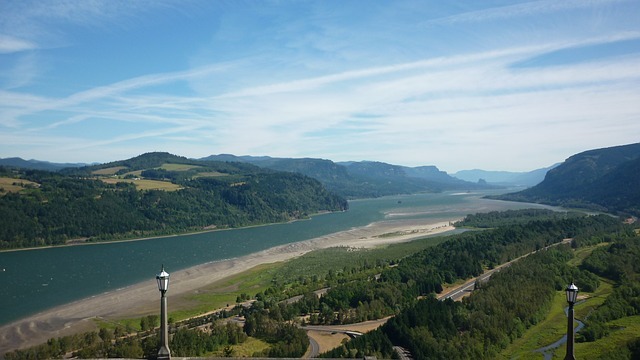 The Columbia River Gorge is home to many waterfalls and is quite breathtaking even on its own.

If there’s one thing Portlanders know how to do, it’s make good beer! Make sure you take the time to stop in one of the many locally owned and family-friendly breweries or pubs. Portland’s weather conditions allow local barley and hops to transform local beer into something truly magical, and you’ll never forgive yourself if you miss it! Some of the best local spots include Alameda Brewhouse, Rock Bottom Brewery and Restaurant, McMenamins Pub, and Hopworks Urban Brewery. If you partner with a local crew, they’ll know even more places to check out! 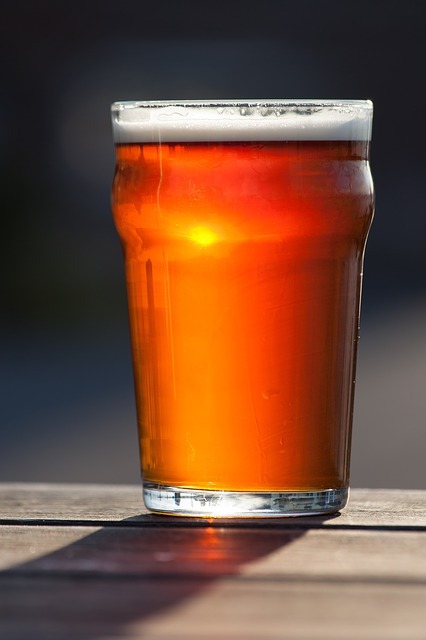 If you’re looking for an amazing local beer, it’s hard to beat the greater Portland area.

Portland is surrounded by all sorts of natural obstacles – mountains, rural landscapes, rivers, valleys, etc. However, it’s still easily managed by any form of transportation. Portland has two major highways which are convenient and easy to navigate. Interstate 5 can help you travel as far north as Canada or as far south as Mexico. If you’re staying local, I-84 will take you and your crew along the Columbia River Gorge for an enjoyable, simple drive.

When it comes to Portland video shoots, you need to pay attention to the weather. On average, there are 91 days a year in which Portland receives over 0.1″ of rain. That means there’s currently a one-in-three chance that it’s raining in Portland as you’re reading this! The best tip for avoiding the rain is by shooting in July. On average, it’s the most consistently dry and warm month of the year. You’ll also want to make sure to pack comfortable clothing, as 2015 was the warmest year that Portland experienced since 1992, according to the Annual Climatological Report.

So, when you’re headed to Portland for its astounding natural filming opportunities, don’t forget to keep the weather and traffic conditions in mind! Additionally, if you want to partake in the local scenery with a film crew, you’ll need to check on any permits or insurance you’ll require. If you’re in need of a video crew in Portland, all you need to do is click here for a free quote.

As our Social Media and Marketing intern, Alexa joins us several days a week from the University of Maryland, College Park where she studies Communication. She puts her skills and experience to excellent use with her ever-so creative graphics and color coded spreadsheets. Alexa is not one to turn down a challenge, or a diet coke for that matter. When she is outside the office, she utilizes her creative talents to design and develop her own handmade jewelry, watch every series on her Netflix que, and spend time with her friends and family.